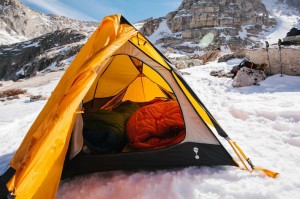 What are your sleeping standards?  Well, if you want or need comfort in sleeping in the outdoors, then this REVIEW is for you!

I was caught in a middle of a strong snow storm.  I had to slow down to almost 5 miles an hour to be able to see the road.  Heater blowing hard, windshield wipes on full speed and still wondering if I was going to make it?  When all of the sudden the truck stops.  I tried turning it over several times but no luck.  I reached for my cell phone and could not get a signal.  Yep, uncle Murphy is really working on me today huh!  But I knew how to play it safe.  I called a head of time letting the people know when I should be there and I also knew to stay right where I was too (safer).  I know one thing I did right and that was to get my emergency to go bag.  I made sure I had that with me. 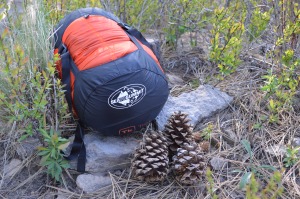 I looked out the truck window and saw that the snow storm was getting stronger, so that told me that a search party would not be coming out anytime soon.  No worries I thought, I reached into my to go bag and pulled out my new Trek Tk III sleeping bag from a company known as “Sea to Summit.”  I picked up this Trek Tk III sleeping bag because it folds up so nice in this compression bag and allows me to carrier it in my to go bag.  I took off my shoes and let the compression go on the sleeping bag and climb in it.  Ah!  Just big enough for me with all my clothes on.  I took out of my bag two little “feet warmer pads” and throw them in the bottom of the bag. 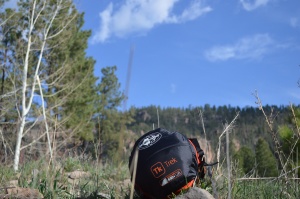 After a few minutes of being in the Trek Tk III, I was so hot I had to remove my jacket!  Crazy huh!  So I sat back just kicking it in my Trek Tk II and reading a magazine waiting for the snow storm to die down and rescue workers to find me. 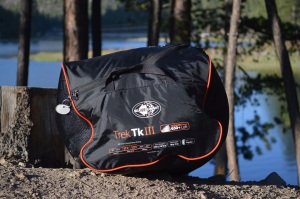 Several hours later and after the snow storm passed, I could here the sound of people yelling about.  So, I pulled myself out of the sleeping bag and put my shoes on and open the truck door to walk out.  My truck was buried in snow and would have been impossible to spot me.  I took out a red smoke grenade and pulled the pin and received 90 seconds of smoke.  Plenty of time for the rescue folks to spot me.  As they all approached, they were very surprise I was warm and okay.  I explained to them I had my to go bag and with the Trek Tk III sleeping bag!  I was okay.  Thanks Sea to Summit for understanding the value of a compression sleeping bag!!

Sea to Summit understands the adventurous person!  They know when you need to 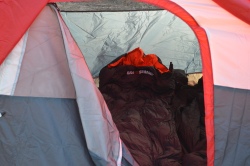 hike somewhere? Or building a to go bag and just the regular camper! Of how important it is to pack some small to get a lot more in!  So thanks Sea to Summit!  Here is what they have to say about their Trek Tk III:

The warmest of the Trek series, the Trek III is an excellent companion for those colder nights camping out on the trail. 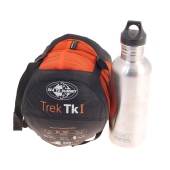 Awesome right!!  Swing over to their website and check out ALL the great stuff they have for you!  Until next time…………… 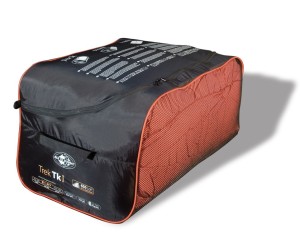